Not everyone understands that how your website is coded is just as important as how your website looks. At WUKmedia we take great pride in how we build our websites and always aim to maintain the highest standards of coding when developing the websites for our customers.

The most common framework we use for our business web design is Bootstrap. Bootstrap was first developed by Twitter in 2011 and is a free and open-source CSS framework directed at responsive, mobile-first front-end web development.

Bootstrap, originally named Twitter Blueprint and was developed by Mark Otto and Jacob Thornton at Twitter as a framework across internal tools. Before Bootstrap, various libraries were used for interface development, which led to inconsistencies and a high maintenance burden. 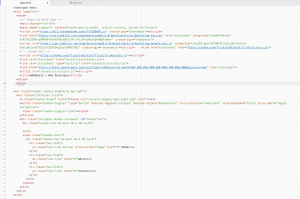 Bootstrap provides basic styles for all HTML elements. The result is a uniform appearance for text, banners, forms and navbars across web browsers. Developers can use the provided CSS classes defined in Bootstrap to customize the appearance of their contents and thus allowing each website to be completely unique in look.

Bootstrap can also be integrated with WordPress and when a client wishes to have access to the backend of a website we often integrate Bootstrap with WordPress so that we can keep the features while making the website user friendly for the client.

Bootstrap is fast, responsive and highly customizable, which makes it the perfect platform for our websites that we build at WUKmedia.